The purpose of this post is to not invoke controversy but rather, just highlight which US States are most open.  With pandemic restrictions being loosened or completely removed, some places are feeling more normal while others are still following more strict protocol. Let’s take a look at some of the states that are open. 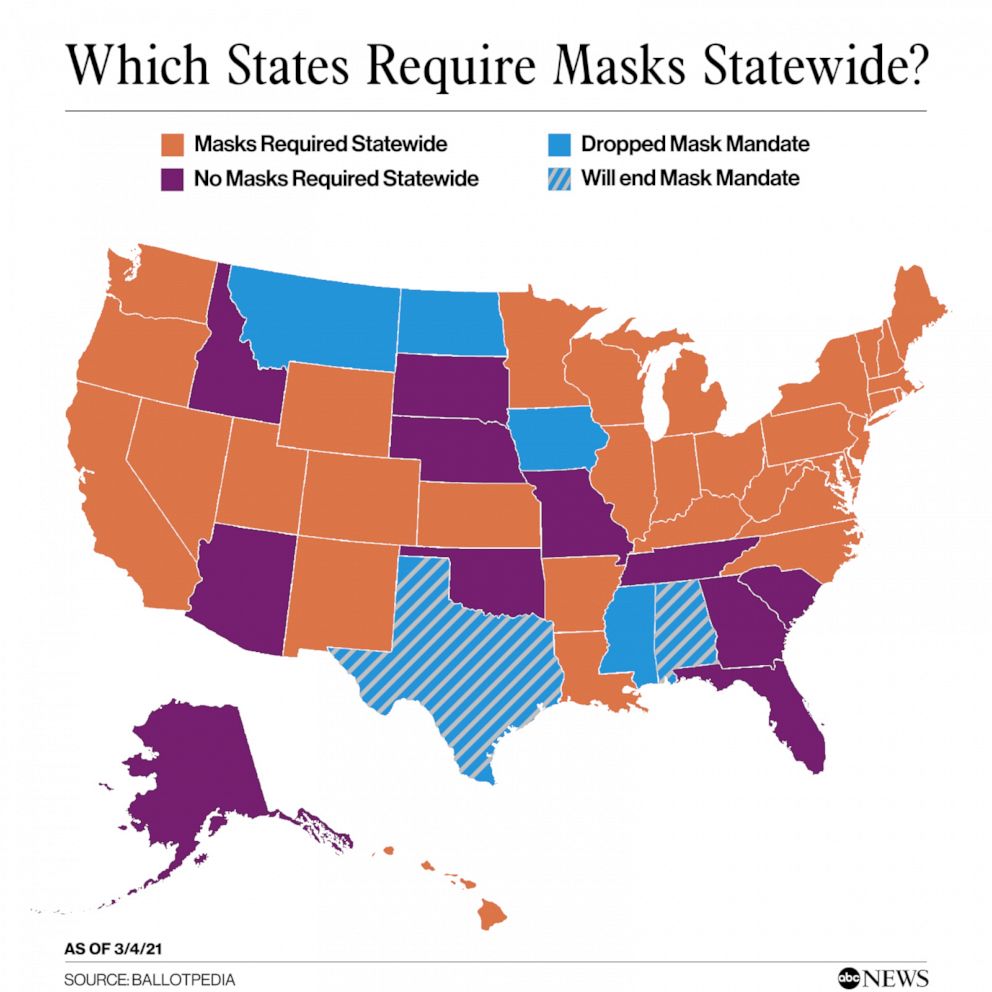 As you can see from the above infographic that we are sharing from ABC, there are several states that have never had a mask mandate, have dropped the mask mandate or will drop the mask mandate.  This is one key indicator that things are likely a bit more open in these locations.  Considering we have traveled as well as the fact we do business in many of these locations, we will highlight a few locations we have found to be a bit open.

We highlighted Florida as a travel destination and this has been the case for several months.  Florida has been nearly wide open with few capacity restrictions or business closures.  It is not going unnoticed as more and more people and companies are beginning to relocate from both the West Coast and the Northeast to Florida.

Georgia is another state that has reduced restrictions dramatically over the last several months.  Restaurants and bars are open, mask mandates are the responsibility of the private business and during the week, the highways are pretty crowded.  Schools in many Georgia counties have also been going fairly normal since August or September.

Texas is another location making noise as the Governor announced the end of the statewide mask mandate.  Austin in particular has been making a lot of noise as of late.  Tesla, California celebrities such as Joe Rogan and others, have openly announced their relocation to the state.

Other states that are open with loose restrictions include South Carolina, Alaska, Alabama, Mississippi, and Arizona.

The majority of the country still remains on somewhat of a lockdown but with vaccine distribution speeding up, case counts becoming steady to falling and warmer weather coming, we expect restrictions to continue to loosen. Personal responsibility is something we should all consider regardless of our position on masks or vaccines.  With our experience in some of these open locations such as Georgia and Florida, we are optimistic the world is coming back.  It may be different.  You may be required to have a vaccine to enter certain locations which is a question about personal liberties but, the world will begin to open.