The last several weeks and months have brought about much turmoil within the United States.  Rhetoric, hate, conspiracies, frauds…the list goes on and on.  While this site is meant only to help everyone become a better version of themselves, we do occasionally show our allegiances.  We do not mean our choice of politicians or our political party alignment, rather we do stand for something.  Censorship is one of those things we are strongly against and we believe it is a very slippery slope for certain institutions or companies to make decisions about who is “allowed” to have a voice and who must be silenced.  Let us explain our opinion in greater detail below. 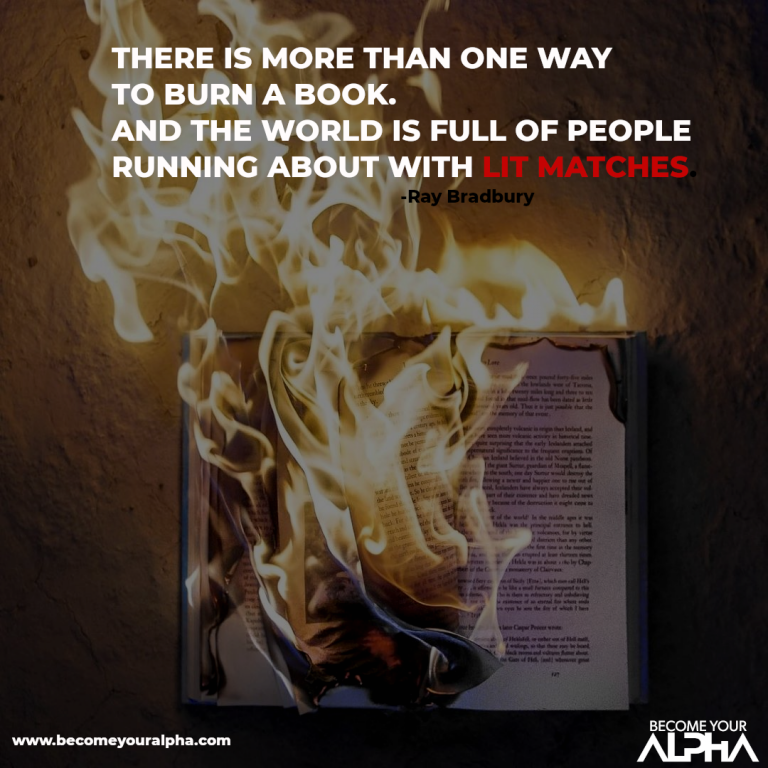 Throughout history, we have been presented with examples of censorship and manipulation of the media.  The Soviet Union.  Nazi Germany.  China.  In these examples, the media becomes State-run.  The Government decides what you see, what you hear and, who is allowed to say it.  The notion of free speech is demolished and instead the information available to you is a finely tuned message that is designed by the State to guide your thoughts and opinions in the direction of their choosing.

America has the freedom of speech.  It is a right literally written into the doctrine of the nation.  It has NEVER been perfect.  There are countless examples of when it has been directly combated.  But, in general, and relative to much of the rest of the world, Americans have had the ability and right to say what they want, when they want and to whom they want.  In today’s technology driven world, you can be a regular John or Jane Doe from middle America and have your tweet echo off of celebrities and politicians the world over.  Your voice has never had the ability to go so far or so wide so quickly.

Yet, we now see a frightening trend occurring.  The very technological institutions that have given a voice to the masses and committed to be unbiased and fair in doing so, are now auditing who and what can use their platforms.  They are judge, jury and executioner.  They are the single decision maker who determines if your thoughts go against their guidelines.  If your voice is that of hate or falsities.  Some people applaud this because it has been their opposition that has been silenced.  But think….today the opposition and tomorrow, maybe you.

The media is not your friend and it does not matter which side of the fence you’re on.  Their agenda is their own and while they may say it is the greater good, whoa re they to determine what is right and what is wrong?  Are they more just than all of us?  The rights of private businesses to make decisions such as these are their rights but when the media becomes an integral part of society and how the people communicate, learn about current events and how they get their “truths,” these companies have a duty to remain unbiased and allow all people to voice their thoughts and opinions regardless of who may agree with it.

None of this is new.  This has been addressed in history books.  This has been addressed in works of fiction.  Remember being forced to read “1984” as a youth?  Read it now.  It will scare you to death.  So, before you defend the media from silencing your enemy or for disallowing an opposing thought to your own, consider it may be you they silence next.  You may be the one “banned.”  You may be marked “in violation of terms.”  Keep your eyes and minds open as this will continue to ramp up and grow and it will be up to ALL of us to rebel against it.