Over the last several years stand-up comedy has made a huge resurgence. This is in part due to the popularity of the podcast medium and driven by comics on the West Coast and the East Coast.  If you tune into any of these podcasts long enough, you will hear mention of comedians that have influenced generations of comics but passed before their time. 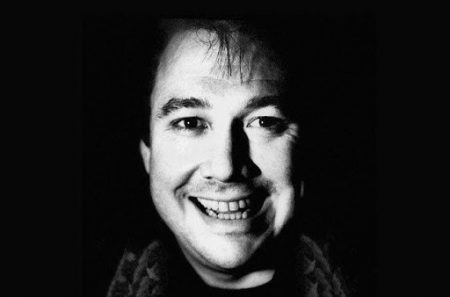 Bill Hicks is known to many as an innovator for “dark comedy” and as someone that pushed the limits on sensitive subjects.  He touched a variety of social topics such as politics, religion, drug use, and many more. Hailing from the South and starting comedy at the young age of 16 while still living in Texas, Hicks grew up with Baptist parents and his material started as a clear rebellion to their lifestyle and politics.  Making waves throughout the 1980s and early 1990s, Hicks found success in the US and amassed a fan base in the United Kingdom.

Hicks made 12 appearances on Late Night with David Letterman but his last appearance was completely removed from the broadcast due to his jokes being considered controversial on topics such as religion and abortion. Towards the end of his life, he took issue with fellow comedian Denis Leary who he claimed stole his material.  In 1994, Hicks gave his final live performance at Caroline’s in New York City on January 6th, and on February 26, 1994, Hicks passed away from pancreatic cancer at the young age of 32. 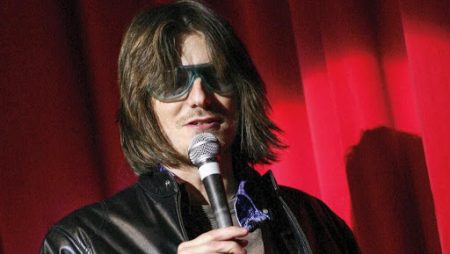 Mitch Hedberg is likely best known for his short quips and amazing one-liners.  Hailing from Minnesota, Hedberg began his stand-up career in Florida.  He got his first big break after a 1996 appearance on the Late Show with David Letterman.  Hedberg ended up appearing on Letterman’s show for a total of 10 times, signed a deal with Fox for a sitcom, and gained praise from comedians such as George Carlin, Dave Chappelle, and Lewis Black.

While his delivery and stage presence were well known, many were unaware that some of it were due to his constant stage fright. Hedberg often performed with his hair in his eyes and sunglasses on while moving around the stage or sometimes, even with his back to the audience to try and manage his fear.  Hedberg was known as a frequent drug user and was arrested in 2003 for heroin possession.  On April 1, 2005, Hedberg overdosed on cocaine and heroin at The Westminster Hotel in New Jersey at the age of 37.

Buy Do You Believe in Gosh here.

Buy Mitch All Together here. 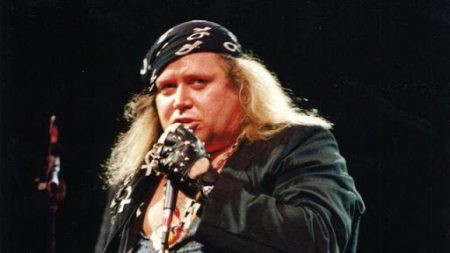 A former Pentecostal preacher turned comedian, Sam Kinison was one of the most recognizable comedians of his generation. From his onstage “screams” to his in-your-face comedy, Kinison took no prisoners with his style and seemed apathetic to if the audience liked him or not.  He made his way to Los Angeles to work the famous Comedy Store and soon developed an appetite for the party scene including drugs and alcohol. Earning his big break on Rodney Dangerfield’s Ninth Annual Young Comedians Special in August 1985, Kinison was different than any other comedians in the scene.

He soon became a pop culture fixture often appearing in everything from music videos to major motion pictures.  Kinison pushed the boundaries of commentary on sex, sexuality, and religion to name a few topics and because of this, he would likely have a tough time in today’s politically correct world.  However, for hardcore comedy fans, his legacy lives on and he is revered as one of the greats. Sam Kinison was killed by a drunk driver on April 10, 1992, at the age of 38.

Buy the biography of Sam Kinison, written by his brother here. 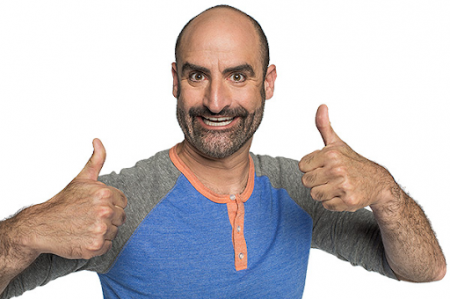 It’s hard to have any familiarity with the Los Angeles comedy scene and not know the name, Brody Stevens.  While he may be lesser known than some of the other comics in this article, his impact is huge.  A lifelong athlete who often talked about his baseball career at Arizona State University, Stevens started his comedy career in Seattle amongst the likes of Josh Wolf and Joey Diaz. Making his way to LA, his friend Zach Galifianakis helped him earn roles in The Hangover and The Hangover Part 2.  While he was considered by many an accomplished comic, Stevens often cited his movie credits, his athletic history, and his time on several sports shows as the highlights of his career.

He soon became a pop culture fixture often appearing in everything from music videos to major motion pictures.  Kinison pushed the boundaries of commentary on sex, sexuality, and religion to name a few topics and because of this, he would likely have a tough time in today’s politically correct world.  However, for hardcore comedy fans, his legacy lives on and he is revered as one of the greats. Sam Kinison was killed by a drunk driver on April 10, 1992, at the age of 38. 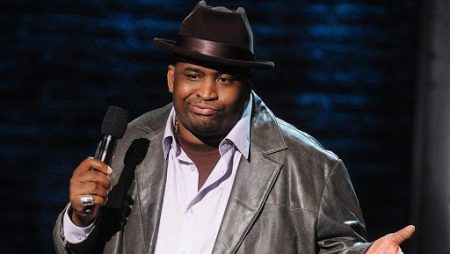 Patrice O’Neal was known as a comic’s comedian. After graduating from high school, O’Neal turned down a football scholarship to study performing arts and had his first comedy gig in his native Boston in 1992. Known as a conversational comic, O’Neal often touched on gender and race and he was never afraid to interact with his audience.

Throughout his career, he has big breaks and opportunities although most of his audience was built up through his time on Opie and Anthony. While not one of the most well-known comics, O’Neal’s list of fans who are famous comedians seems never-ending.  Amongst O’Neal fans include Louis C.K., Bill Burr, Joe Rogan, Norm Macdonald and Dave Attell.  Patrice O’Neal passed away on November 29, 2011 due to a stroke that came from complications of his struggle with diabetes. O’Neal was only 41 years old.

Watch Patrice O’Neal:  An Elephant in the Room here.

Patrice O’Neal from his Elephant in the Room special:

Unfortunately, this list did not have to stop at 5 as there are several other comedic geniuses that died before their time. Like many creative people such as actors and musicians, comedians are not immune to the struggles of life and often this puts an early end to their career.  Fortunately, their legacy lives on through recordings, videos, and the generations of comics they have influenced.